The words “Checkmate” and the clicking sound of a pressed chess clock echoed in Wennie Du Plessis School’s Hall as the 9th National School’s Team Chess Championship came to a close at the town of Gobabis this past weekend. 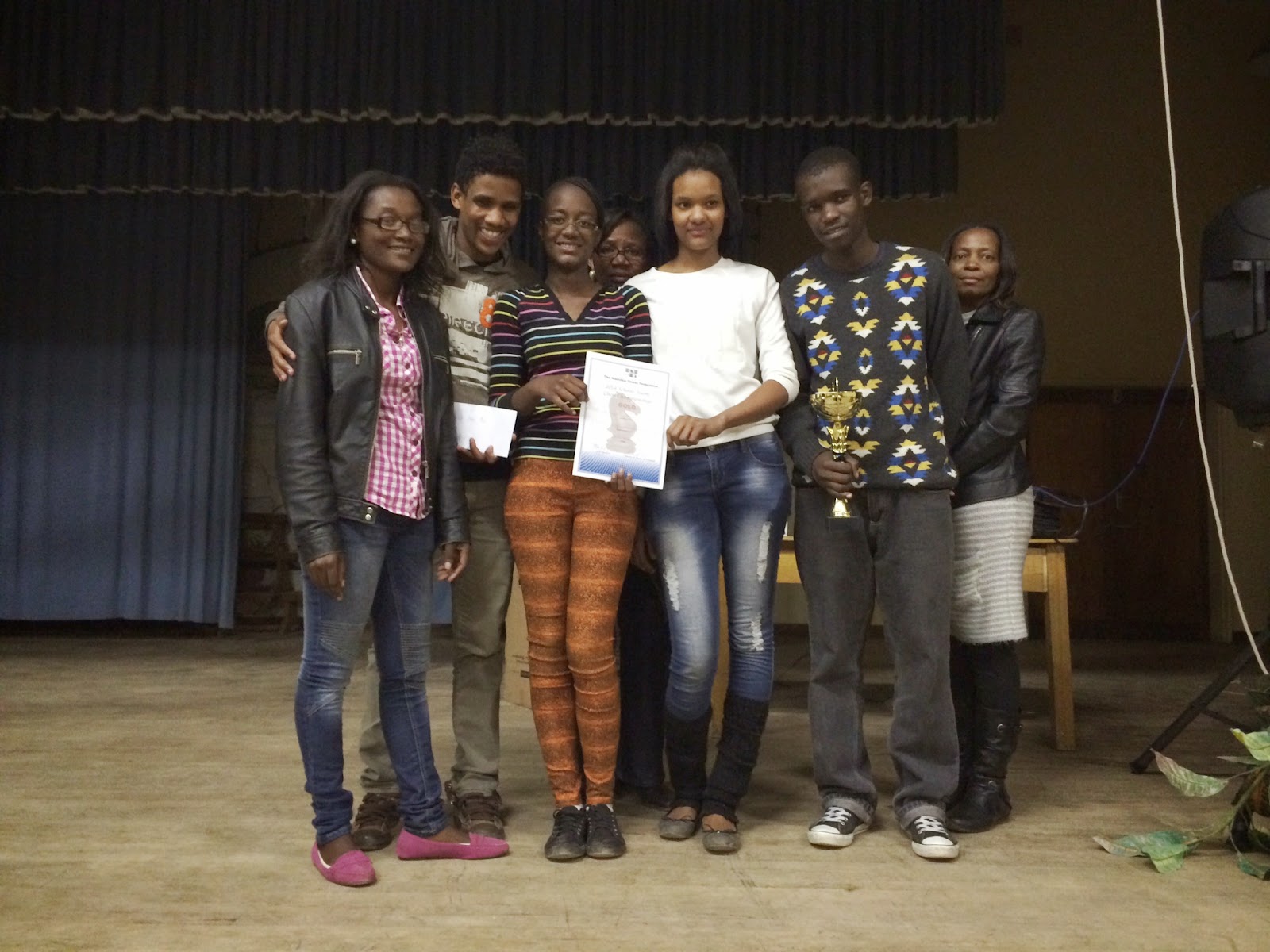 The four player team event had a secondary and primary school section enjoyed 20 teams representing 7 schools and 2 chess academies present divided accordingly. The Namibia Chess Federation split the high schools from the primary schools with the aim of crowning the overall winners of the secondary section as tournament champions. 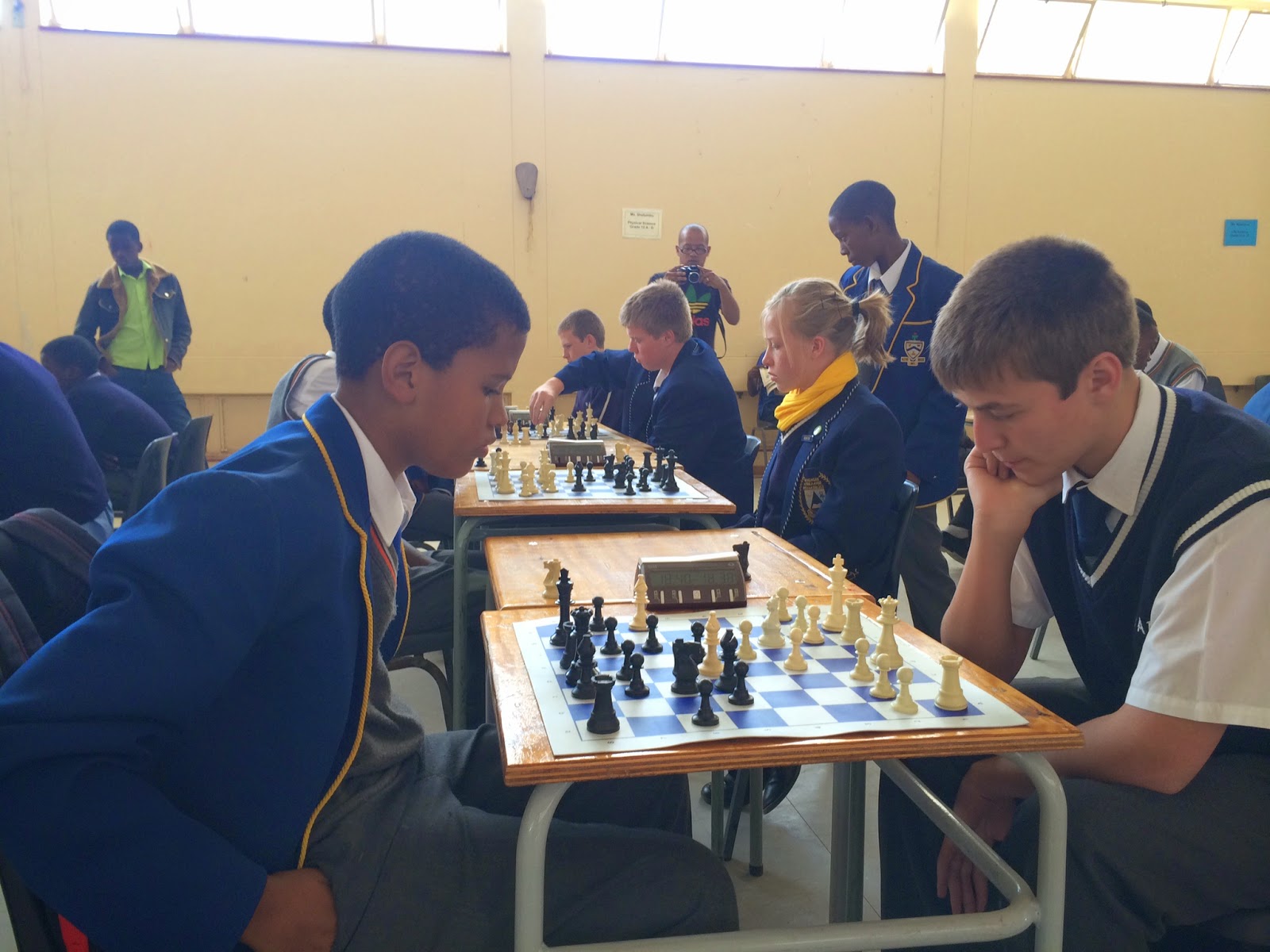 Initially a Windhoek based event, the School’s Team Chess Championship was first held in the capital in 2005 and 9 years down the line the event has grown in strength and popularity; so much so that schools began early last year bidding for the hosting of this fun filled tournament. It is through this bidding initiated by the Namibia Chess Federation (NCF) that the Wennie du Plessis Secondary School recently held a successful and historic event at the ever welcoming town of Gobabis. 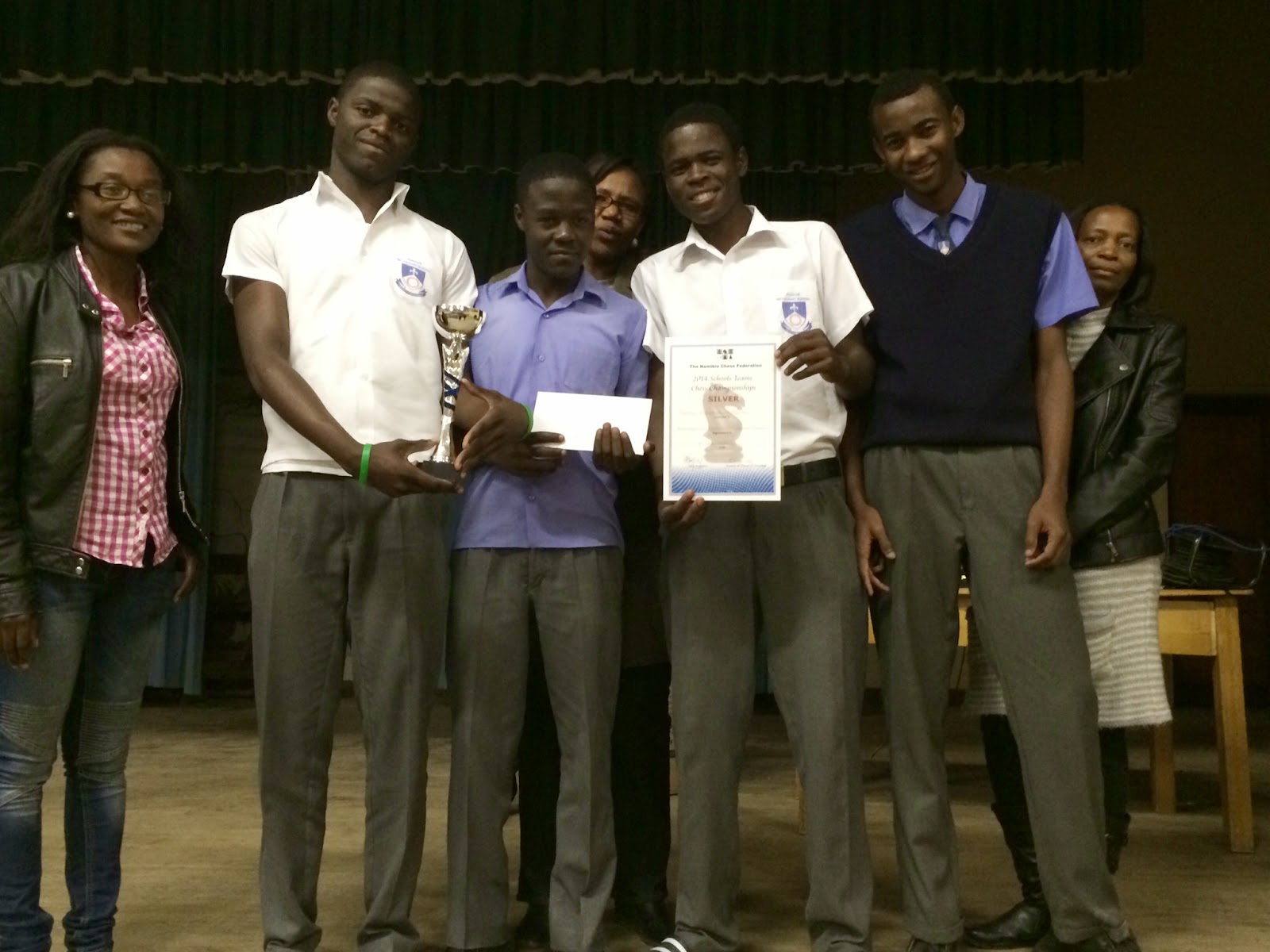 A number of primary school and secondary schools have taken part in the tournament since its inception in 2005 and a few of this have shared in the glory of the team chess event. 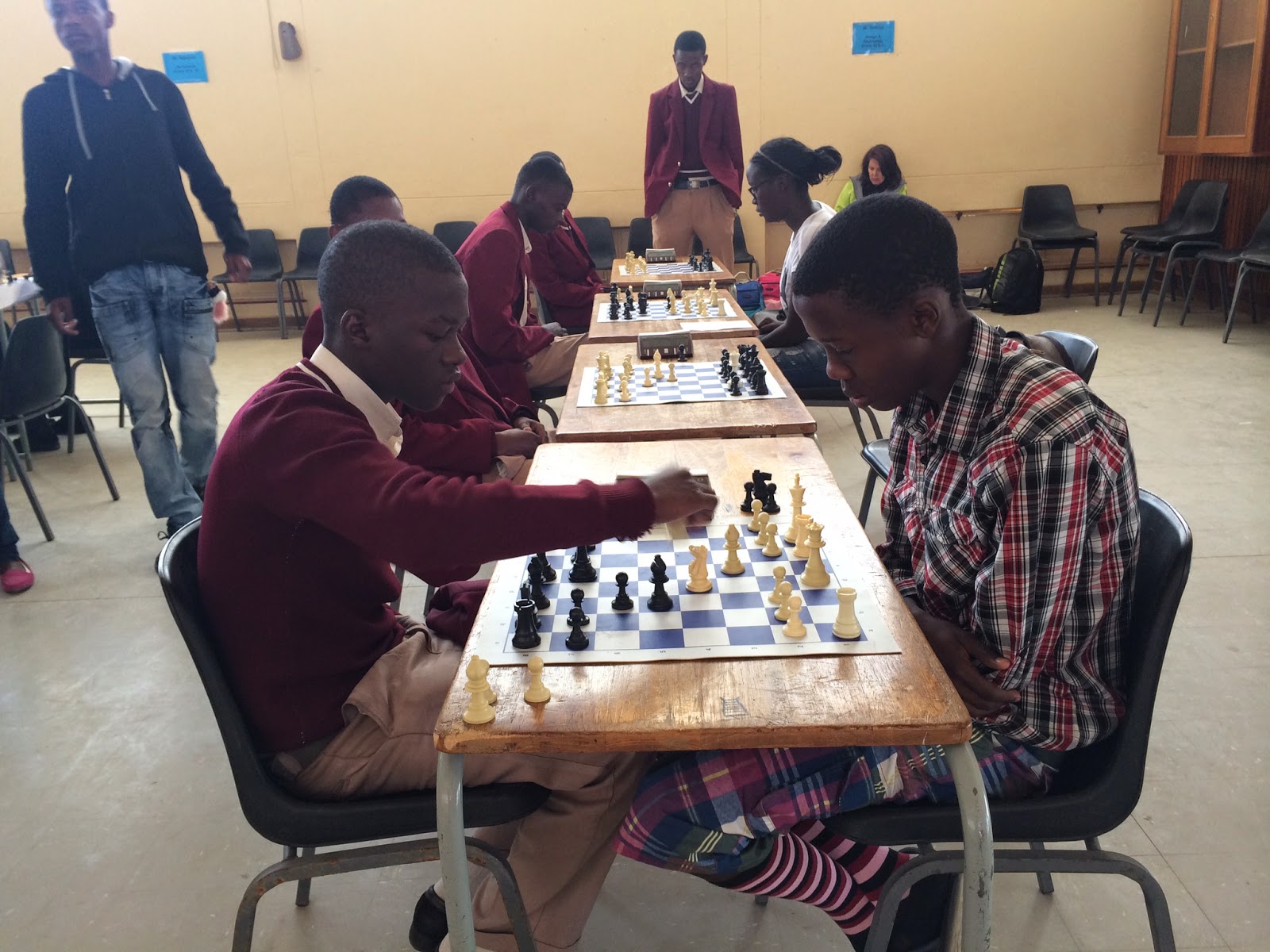 Some of the previous winners include the first ever winners in 2005 from the DHPS in Windhoek, the 2006 and 2007 winners from Ella Du Plessis, and the 2008 chess gurus from Kollin Foundation. 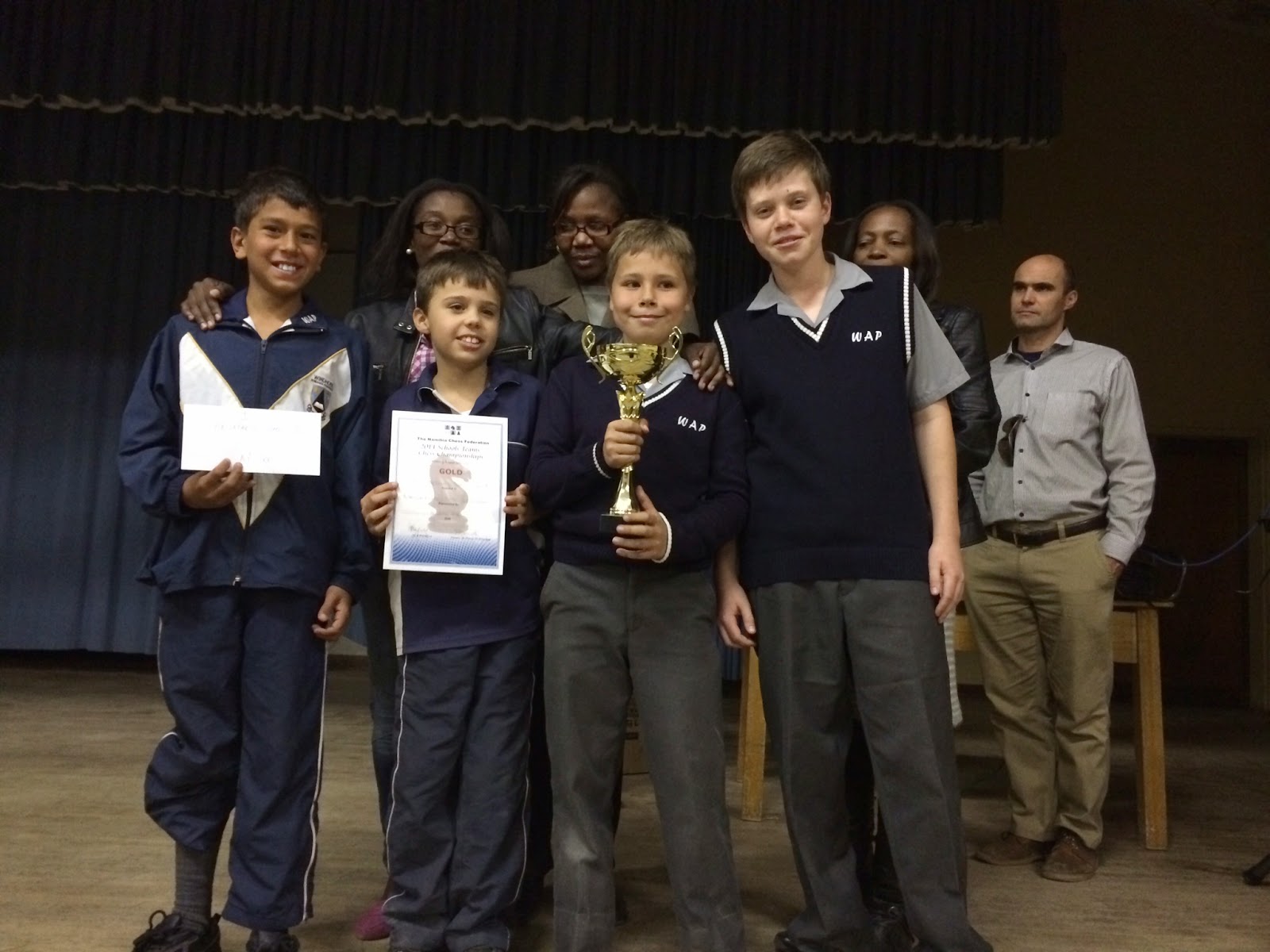 In 2009 however the reign of the teams from chess academies took centre stage as the might Zandell Chess Academy (ZCA) team scooped the top prize that year and went on to complete a double the following year.

Following suit was in 2011 was another chess academy, The Weekend Chess Academy (TWCA), who dominated their opponents and became the 2011 champions. 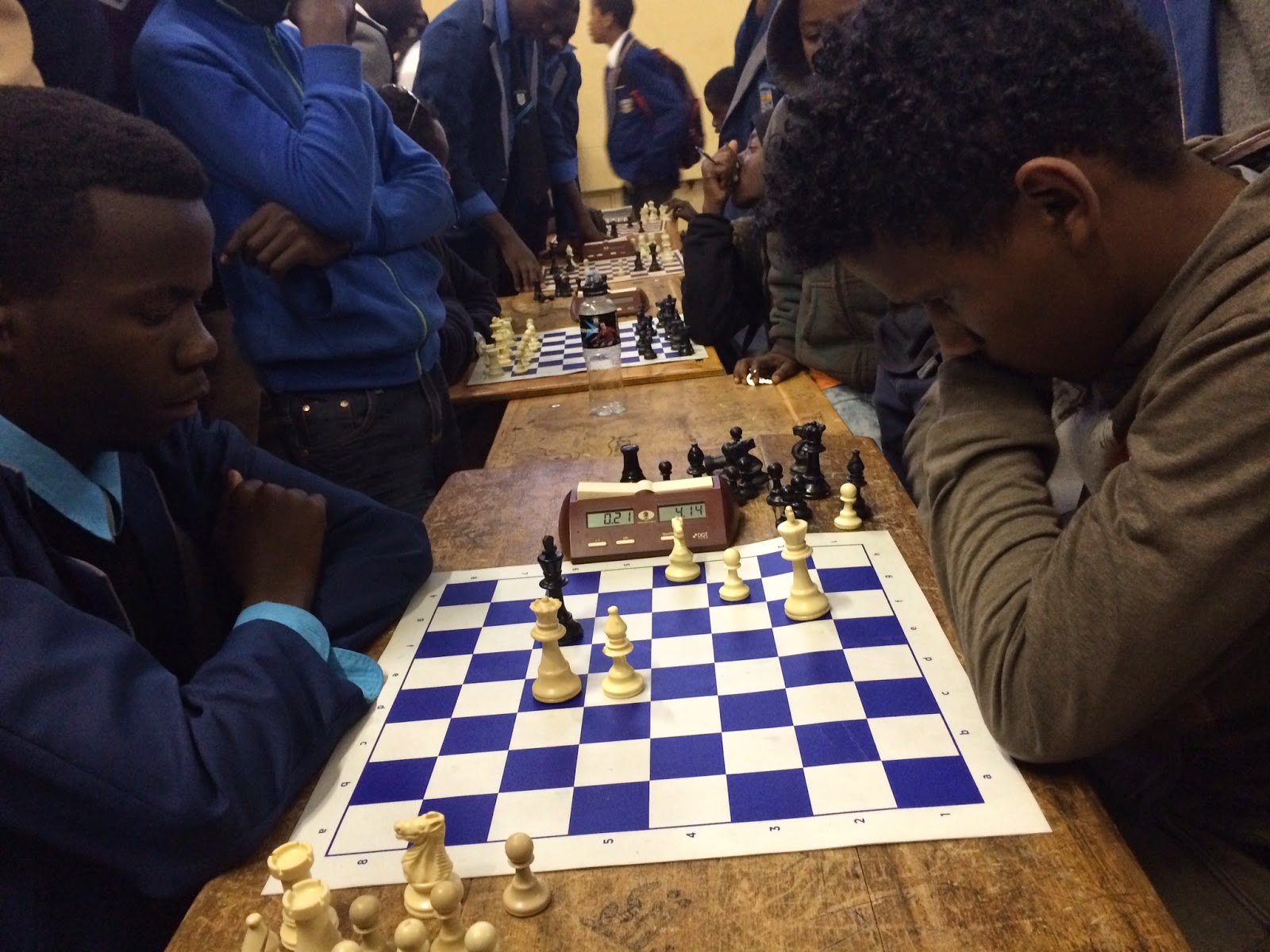 No academy or school took the 2012 honours as the event experienced a setback and had to be postponed till 2013 were TWCA once again proved its dominance as one of the best by also completing a double. 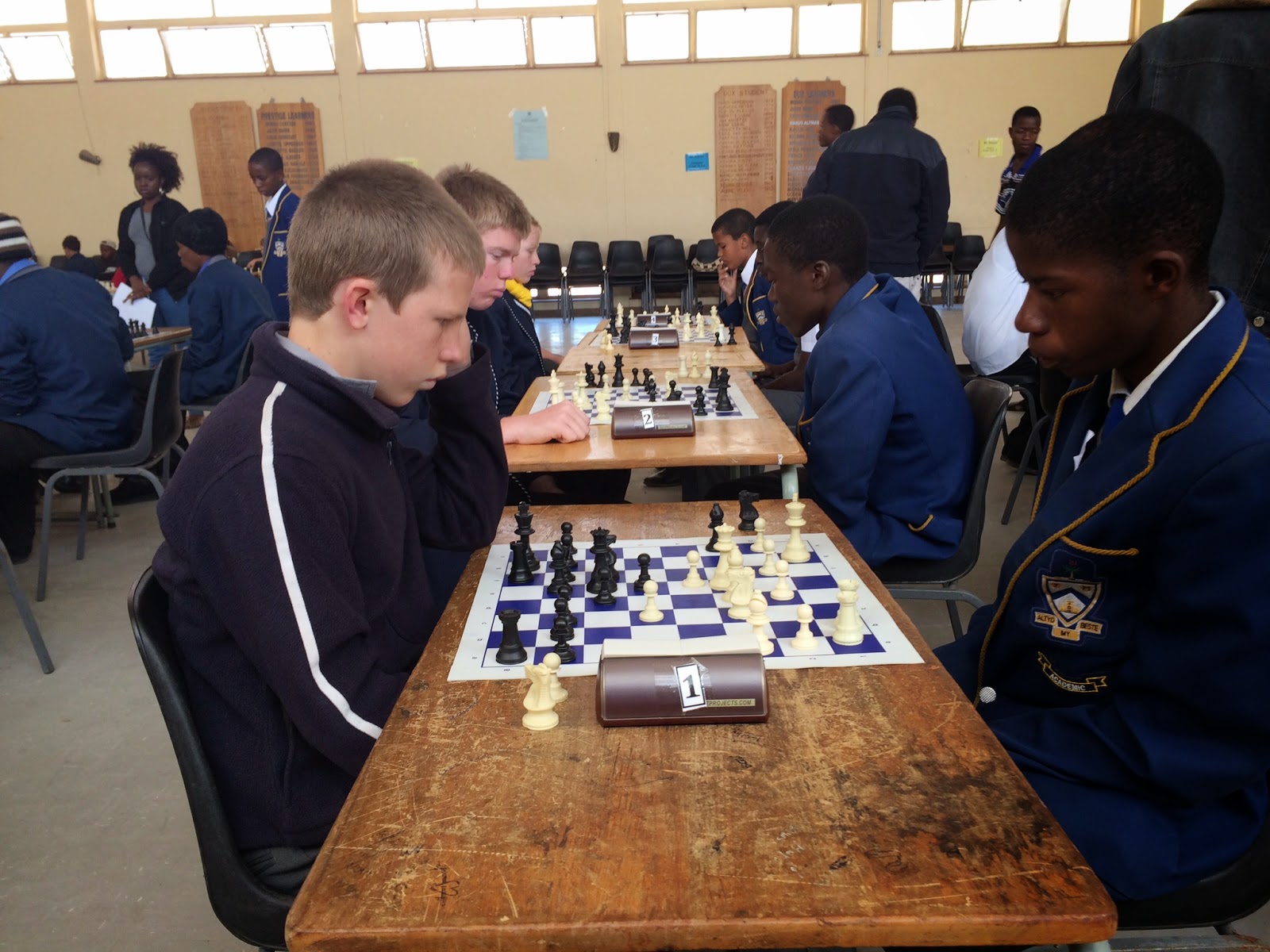 This year’s team competition was thus a highly competitive one as the stacks were high for both the academies and the school teams which had not scooped top honours in a while.TWCA become the first team to win the tournament three times in a role since its inception.


In total, the secondary school section had a tally of 16 teams who played using a swiss system whilst the Primary School section this year had only 4 teams who played double round robin. In the final standings, TWCA Team-A and Paressis Team-A finished tied in first place after both scoring an outstanding 12 points each. TWCA edged (out) Paresis after the Median Bucholz, had to be applied as a fifth tie-break to decide the winner.

It was indeed a historic win for TWCA as they finished equal on match points; equal on game points; head-to-head draw; equal progressive score; with only M-Bucholz breaking the tie after 7 rounds. Following the two closely in third place was the ZCA Team-A, who managed to amass 11 points in total.

Other teams present at the event were;


Only four teams took part in the in the Primary School section, in which Windhoek Afrikaanse Privaatskool (WAP) (A-team) claimed first prize with a total of 11 points followed by ZCA (A-team) in second place with 8 tallies. ZCA (B-team) came in 3rd followed by WAP (B-team) in the final spot.

The NCF also took the opportunity while in Gobabis to host a seminar after the tournament aimed at empowering and imparting knowledge into chess players and coaches in from the town. The seminar dealt with several chess skills and effective tournament organizational and management skills amongst a plethora of other important aspects. 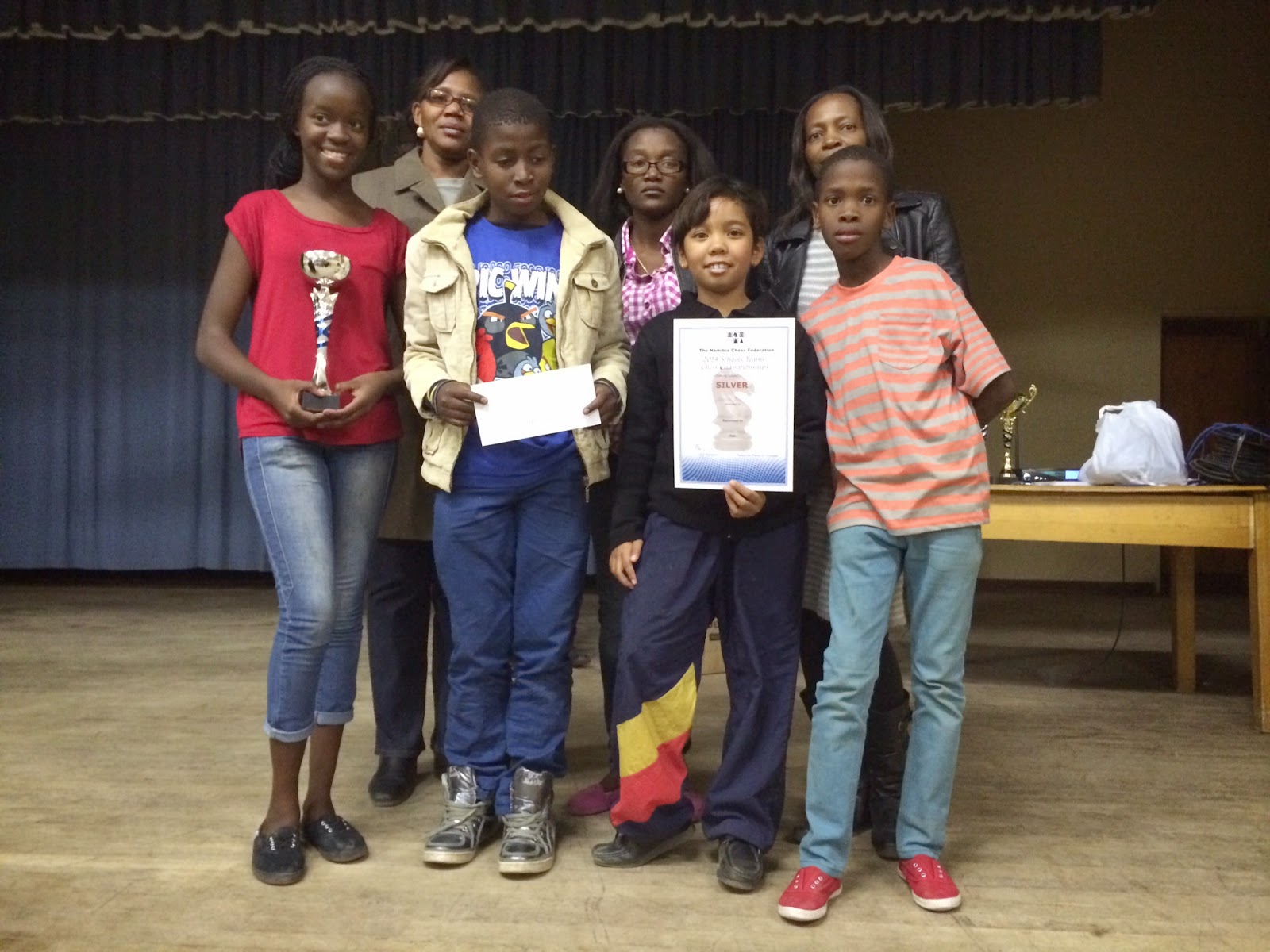 The chess calendar for both young and old for the remainder of the year is filled to the brim as the NCF plans to host different chess events every single month throughout till December. The school’s team championship was only one of the many junior chess tournaments scheduled for this year. Next up for the juniors is the well anticipated National Junior Championships to be held on the 5th of July in Swakopmund. 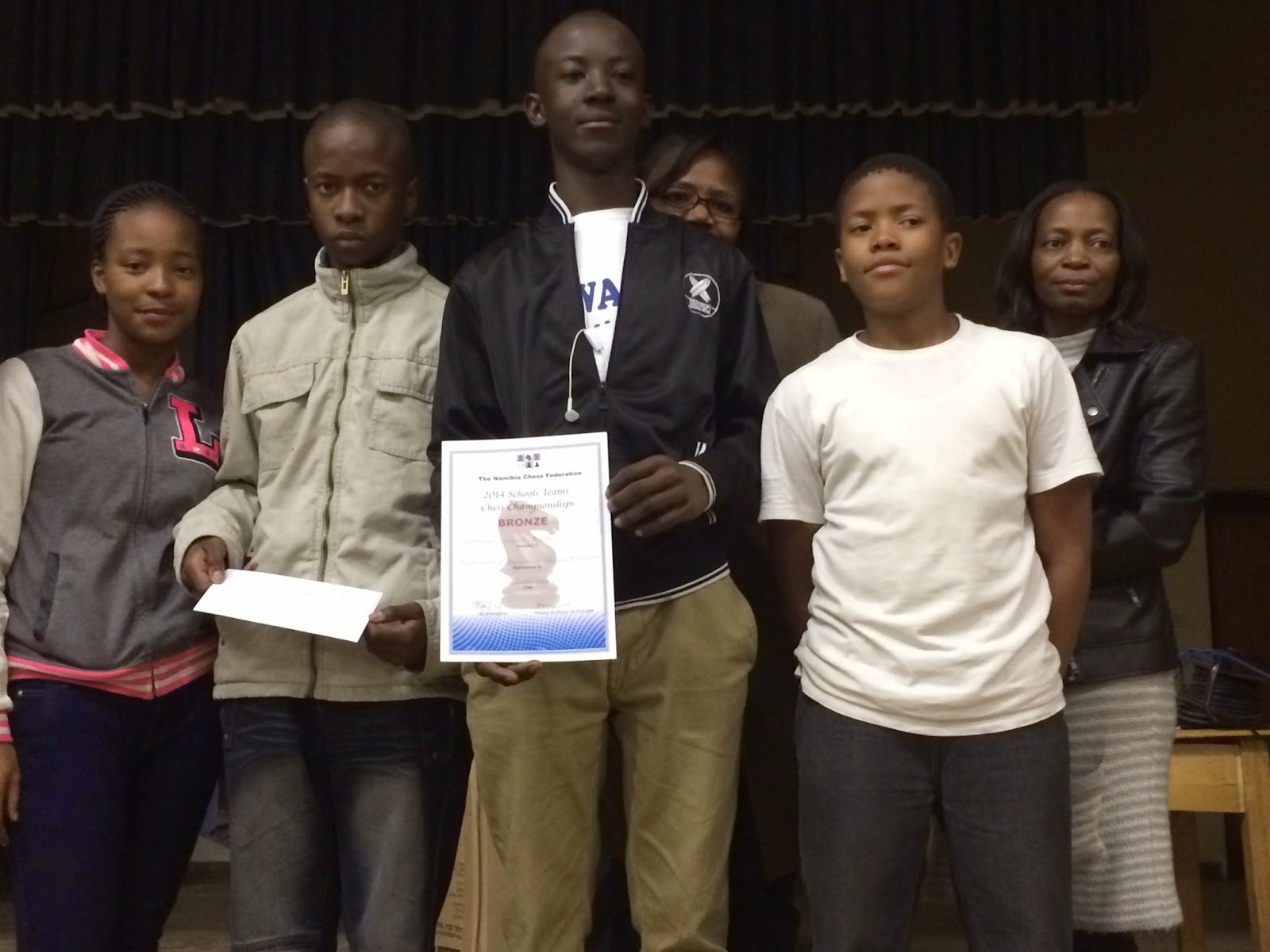 Also worth mentioning is that the National male & female Chess Teams are currently scheduled to represent Namibia at the Zone 4.3 Individual Chess Championship between the 22nd and 1st July at the Safari Court Hotel in Windhoek and later in August at the 41st Chess Olympiad in Tromso, Norway.
Posted by Unknown at 23:14