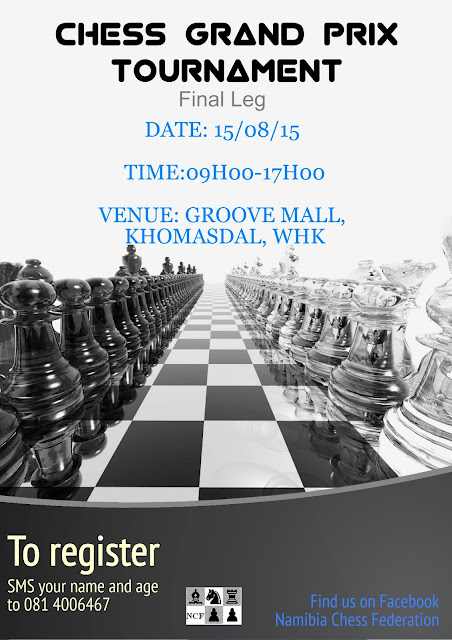 6. GRAND PRI POINT SYSTEM:
The Grand Prix Series consists of 5 (FIVE) legs. The overall winner of the Grand Prix shall be the player who amasses the most points in 4 (FOUR) of the 5 legs. For each Grand Pri leg, points will be allocated as follows to the top 8 (EIGHT) players;

6. PAIRING AND TIE BREAK SYSTEM:
Swiss Manager will be used for the pairings. Please note that the breaks between rounds will be used to do the pairings according to the SWISS SYSTEM.
TIE-BREAK: Direct encounter, Progressive Score and Most Wins.
If players are still tied, then 1 game of Armageddon will be played.
7. PRIZES:
Open Category


General Rules:
1. Silence at all times.
2. Cellular phones should be switched off or put on “silent” mode if switched on. No talking while playing allowed.
3. No assistance to chess players will be allowed during their games. A player who offers assistance will be expelled from the tournament.
4. If a player touches a piece, (s)he should move that piece, provided a legal move can be made with that piece. (Touch is a move.)
5. A player may claim a win if his/her opponent makes an illegal move. This claim should be made immediately and not a move later.
6. Each player must press the clock with the same hand that moves the pieces. However, when castling, capturing or completing a promotion, a player may use both hands.
7. Any player who makes themselves guilty of rude behaviour will be disqualified with immediate effect.


Web: http://namchess.blogspot.com
Posted by Unknown at 10:17 No comments: 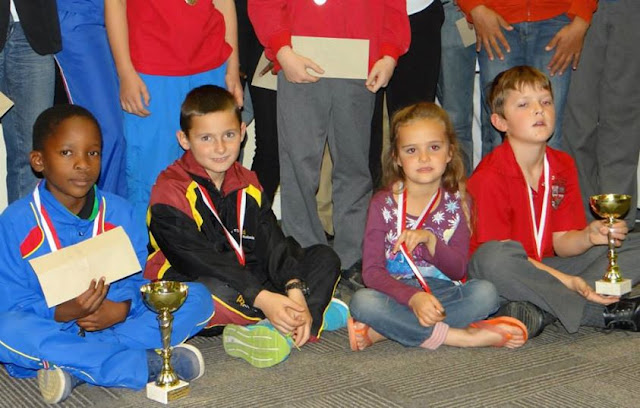 Cold fronts and freezing cold weather conditions in the capital could not stop chess crazed junior players from taking part in the 2015 National Chess Closed Championship held in the capital early July. All participants at this event had to first travel to the coastal town of Walvis Bay for the annual Junior Open Chess Championship in order to qualify for the Junior Closed in Windhoek.

Players came from as far as Keetmanshoop, Swakopmund and Otjiwarongo to battle it off for top honors in the capital in arduous cold and freezing temperatures in a 6 round long swiss-paired tournament which carried on for two days.

A new age group champion was crowned in each section with top rank being awarded to the overall winner in the U20 segment – this section saw  the 2014/2015 Junior Open and Junior Closed winner, Immanuel Gariseb once again defended his title with an unbeaten streak of 6/6. 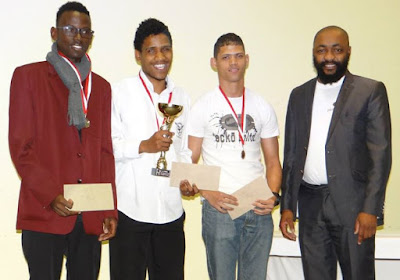 Overall winners in all 7 age groups excluding the Under 20 section from this event all qualified to carry the Namibian flag high as they contest against other African teams in Botswana at the 2015 Africa Schools Individual Championship scheduled for 21st -30th August 2015 at Oasis Motel in Gaborone. 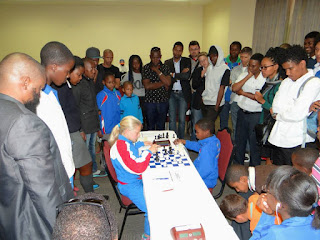 One of the parents escorting the team to Gaborone Ephraim Jane much-admired this enterprise of the Namibia Chess Federation together with the Namibia Sports Commission to have juniors competing with the best in Africa at such events, however he pointed out that, “Mere participation alone is not enough, our own children need to start bringing home silverware as well.” Meanwhile, the head national coach, Charles Eichab alludes that the team is at present undergoing training and will be ready to compete come the 21st of August. 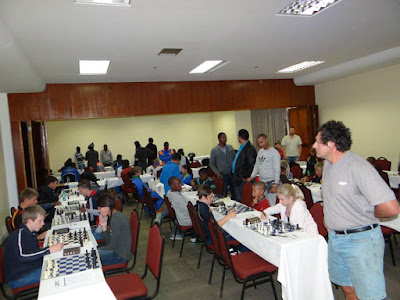 The team to represent the country is made up of the following players; Oberholzer Emma U/8, Bertelsman Alexander U/8, Ferreira Maralike U/10, Jane Galeshewe U/10, Van Wyk Keisha U/12, Beukes Dante U/12, Tsuses Patience U/14, Van Der Meer Anthony U14, Calitz Lida-Marie U/16,  Kamazembua Himumuine U16 and Tjaronda Nicola U18. Only players 17 years old and younger are certified at this tournament and hence the Under 20 juniors will regrettably not be accompanying the team. 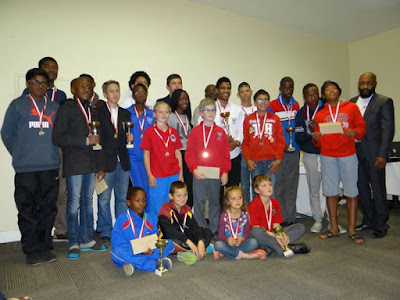