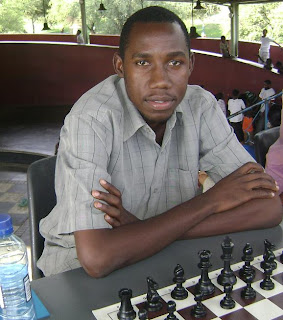 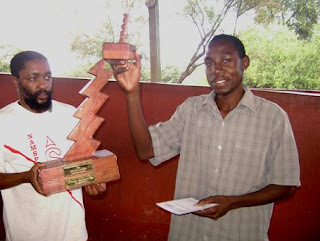 Unam student James Dimba is the new Blitz Champion, scoring 10 points after 11 hard-fought rounds at the UN Plaza over the weekend. Goodwill Khoa finished half a point behind him with tournament host Otto Nakapunda a further half point behind in third. The best girl title went to Lishen Mentile.
Defending Champion Charles Eichab, who was honoured at the prize-giving for winning the tournament three times in a row, had an off day and could only amass 7.5 pints.
A record 96 participants took part in the event; a clear testimony of the tournament’s rising popularity which had only 14 players in its inaugural edition in 2006.


Zambian Dimba, playing in his first tournament in Namibia, walked away with the Job Ndimwedi floating trophy plus the top cash prize.
The next tournament on the chess calendar is the National Championships which also serves as the qualifying tournament for the 39th World Chess Olympiad in Khanty-Mansiysk, Russia, later in this year.

This story was contributed by Otto Z. Nakapunda and posted by Max B. Nitzborn.
Posted by Namchess at 13:34