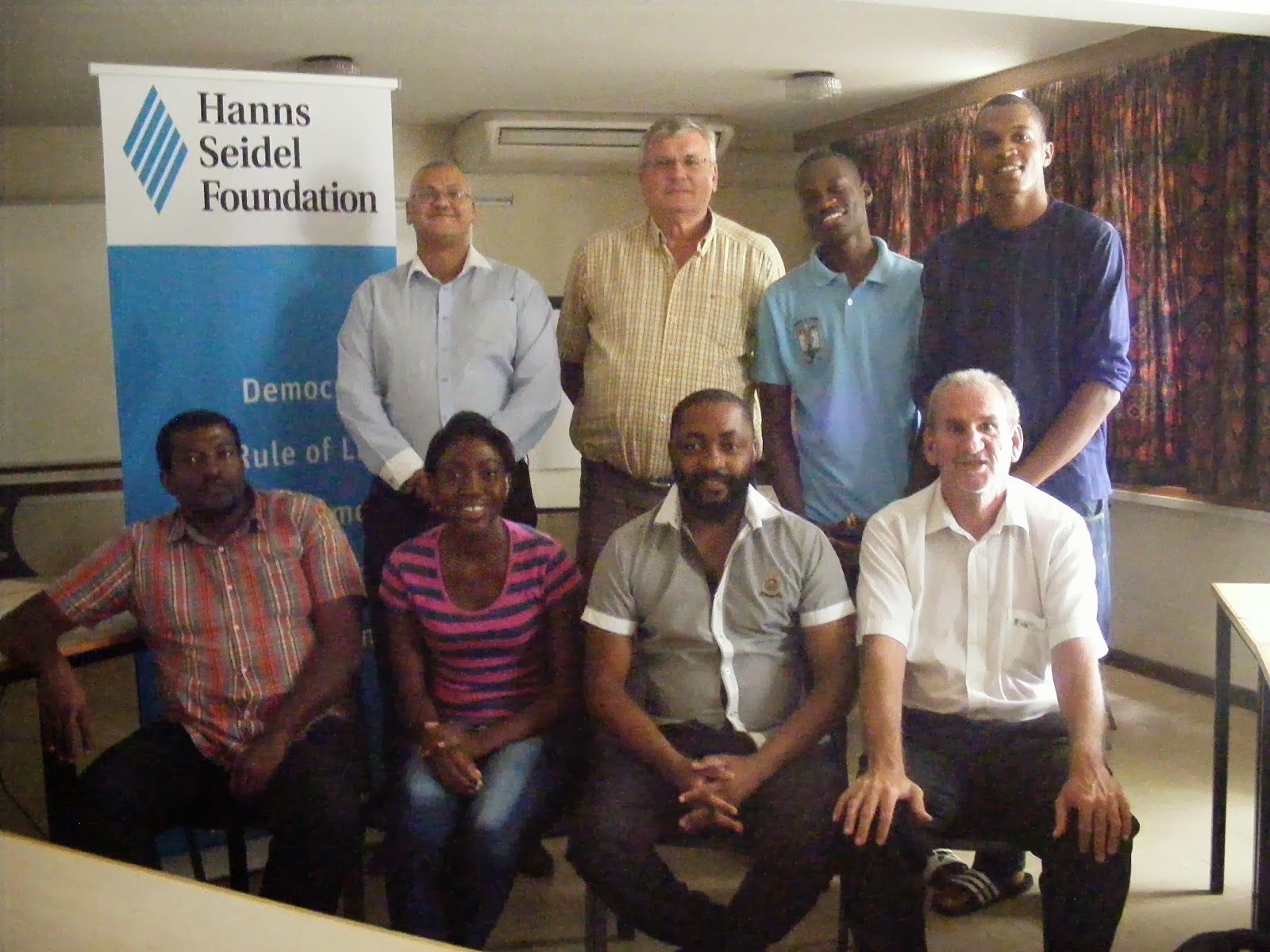 2014 shows to be the year that chess grows at an alarming rate in Namibia as the Namibia Chess Federation (NCF) kicked off the year with a first ever Sports Club Management Workshop which was sponsored by the Hanns Seidel Foundation and held in the capital on the 18th of January. The workshop was aimed at educating the public on setting up, managing and effectively running successful clubs in a growing civil society. The one day informative seminar was facilitated by former director of the Hanns Seidel Foundation, Wolfgang Kleine who stressed the importance of a viability and effectiveness in any club or organization in order for it to grow. Among many other tips, Wolfgang emphasized that the chess clubs would only flourish if they utilize basic organizational principles in their day-to-day running and maintenance.


The workshop was said to be extremely advantageous to the few that were in attendance however the president of the NCF, Otto Nakapunda was however not pleased with the poor turn-out by chess club members urging that unique opportunities such as this one are meant to educate and enrich the growth of the sports in the country and thus should be utilized by the masses effectively.


Nakapunda also took the chance to cite that the federation has a number of other seminars planned in different parts of the country to educate everyone on chess fundamentals and on the essentials of forming chess clubs. In addition he also explained that the NCF will be kick-starting the Premier Chess League this February as part of its efforts to uplift the sports code and make it the best in the country and so he calls upon all clubs to register promptly.
Posted by Unknown at 05:46 No comments:

A look at what the NCF has in store for you this year.

As most of you know by now, this year brings along a lot of excitement to the chess fraternity, as a number of chess events are planned to ignite and uplift chess in Namibia. Worth noting in this case is the Zone 4.3. Chess Championships scheduled to take place in Namibia in May, and not sidelining the highly anticipated Namibian National Chess Championship slated for mid-April. Speculations have been made that the nationals for this year will expect a large crowed of chess-hungry enthusiasts from all over the country. This is largely based on the desire players around the country have in qualifying for the 2014 Chess Olympiads taking place in Tromso, Norway in August later this year.

The President of the Namibian Chess Federation, Otto Nakapunda, has high hopes for the growth of chess in Namibia this year and implores chess players and the general public alike to assist in making each and every chess event planned for this year a success.

Apart from the other chess events planned such as various training seminars and friendly tournaments planned with countries such as Botswana and South Africa, the NCF has a Chess league intended to help keep the players in shape and ready to state their claim come August at the Chess Olympiads.

To receive the 2014 NCF Calendar as well as registration forms for the 2014 Chess League please the federation at pro@namibiachessfederation.com.
Posted by Unknown at 07:06 No comments: