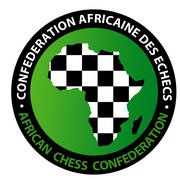 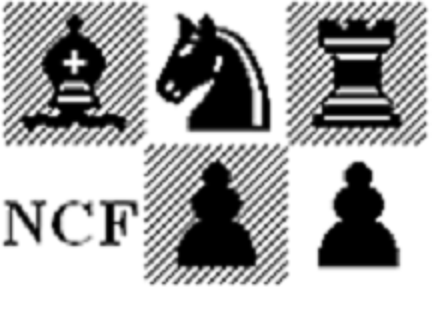 
Under the auspices of African Chess Confederation, the Namibia Chess Federation has the honour of inviting Zone 4.3 Federations to participate in the 2014 Zonal Championships.

2.1 The tournament will be held at Hotel Safari which is about 5km from the City’s Central Business District (CBD). It is the same venue which hosted the 2007 African Individual Chess Championships. The playing hall and lodging facilities are all encompassed within Safari Hotel.

2.2 Accommodation facilities will be available from 22nd June (arrival) until 1st July 2014 (departure).

3.2 In accordance with FIDE regulations statutes, the Zone 4.3 Individual Championships are open to all players from Federations within Zone 4.3 region which are affiliated to FIDE.

3.4 Registration forms for entries are attached herein; Federation officials must fill them in on or before 14th June 2014 and sent them strictly by e-mail to: president@namibiachessfederation.com to confirm entry.

3.5 Subject to the agreement with the organizers, the Continental President may allow additional participants for the tournament.


4. System and rate of play

4.1 It is intended that the Championships will be played in accordance with FIDE regulations as a 9 Round Swiss System tournament.

4.3 The games will be played using DGT clocks; and pairing will be published on www.swiss-results.com

4.4 Swiss Manager will be used for the Championship, and players from the same Federation will not be paired together in the last two (2) Rounds.

4.5 Draw offers are not allowed before Black’s 30th move.

5.1 In case of a tie for the over-all winner or other places, the tie will be broken as follows:
• Player with the highest wins
• Direct encounter
• Buchholz Score

6.1 Winners in each section will have the right to participate at the Africa Individual Championships but at own cost.

6.2 The winners in each section will also be awarded FIDE titles as follows:
a) Open Section: IM, FM
b) Women Section: WIM, WFM

6.4 Winners in each Section will be awarded trophies and runners up being position 2 and 3 will receive certificates.

6.5 All players who attain positions one to three (1-3) on each section will receive a medal.

6.6 Cash prizes will be communicated in due course depending on the sponsorship for the event.

7.1The tournament schedules is as follows but subject to some changes if need be. However any change to the schedule will be communicated during the technical meeting before the start of 1st round.

8.1 The Chief Arbiter for the 2014 Zone 4.3 Chess Championships will be appointed by the President of ACC, after consultation with the Organizing committee and communicated to all Zone 4.3 Federations.

8.2 The Appeals committee will consist of 3 members and 2 reserves chosen from among the participating Federations. Protests should be submitted in writing to the Chief Arbiter within half an hour (30min) after the round, with US $100 deposit which that can be refundable.

9.1 The host Federation shall provide free full board and lodging during the tournament on sharing basis for 2 players in each participating Federation; 1 player who will be in the Open section and 1 player in the Women’s section.

9.2 GM’s with rating of over 2500 and WGM’s rated over 2350 on June 2014 FIDE Rating list will also receive free full board and lodging on sharing basis during the tournament.

9.4 All payments for, related to board and lodging, must be paid before the 14th June 2014, which will be the deadline.

9.5 Players, officials and accompanying persons who arrive before the 22nd June 2014 or depart after 1st July 2014 will be expected to arrange their accommodation or pay for the additional days at €85 per person per day (sharing) or €140 per person per day (single room). The cost includes 3 meals (breakfast, buffet lunch and dinner).

10.3 Federations are expected to pay entry fees for all their players and fees must be paid to the host Federation before 14th June 2014. (Find Banking details of the NCF account in this document)

11.2 Registration fee for officials and accompanying persons will be €100.

11.3 No refunds will be made for any player, official or accompanying person who does not make it to the Tournament after paying registration or FIDE fees.

11.4 All registered players, officials and accompanying persons are entitled to:
* Free Transfer (to & from) Hosea Kutako International Airport or Bus terminal on arrival & departure.
* Shuttle to the city centre, depending on the Shuttle schedule.
* For players, portable water, coffee and tea during time of play
* Free Bulletins after each round for players and coach.
* Free Wi-Fi Connection (internet).

12.1 Each participant is expected to forward a passport-size (head-and-shoulders) photo for the purpose of accreditation.

13.1 Herewith the banking details of the NCF

14.1 All traveling arrangements and cost to and from Namibia are to be taken care of
by respective Federations or respective players participating in the tournament.

14.3 Players, officials and accompanying persons will be taken to their respective lodging places after 10h00 on day of arrival.

15.1 The following countries are required to have a VISA prior entry into Namibia: Angola, Democratic Republic of Congo, Madagascar, Mauritius and Comores.

15.2 For delegations coming from countries requiring entry visas into Namibia, these can be obtained from Namibian Embassies or Consulate Offices in your country. We will avail an official invitation to delegations that needs a copy for VISA processing, (note that after submitting VISA applications, processing may take up 3 weeks before approval, therefore all VISA’s must be submitted before 1 June 2014).

15.3 VISA application must be accompanied by US $90 as processing fees.

15.4 Should there be any problems in obtaining entry visas; the intending traveler should urgently contact the host Federation for assistance either by phone or e-mail.

15.5 It is advisable that you carry the invitation letter and visa documents when traveling into Namibia.

16.2 Participants are advised to change any foreign exchange through the banks or foreign exchange offices, which operate in most malls or shopping centers. Banks open every day except on Sundays. Delegates and visitors are advised to change their money into the local currency (Namibia Dollar) or the South African Rand as these two are the only legal tender in Namibia.

16.3 Visa and MasterCard are accepted in most shops and service areas with ATM’s.

16.4 Money Transfer services such as Western Union are available locally.

17.1 The tournament will be held during winter. Temperatures can drop below zero degrees Celsius at night, but the days are much warmer; averaging 25 degrees Celsius.

18.1 Entry forms must be filled by the respective Federation and returned to the host address not later than 14th June 2014. This date is the registration and payment deadline.

18.2 Late registration attracts €70. The host Federation will thereafter reserve the rights to accept or reject any player.

18.3 Players who arrive unannounced or later than 14th June 2014 will cover all their costs.